Select your location to discover deals in your area

Troubleshooting: Picture does not fit my screen

When watching satellite TV with Shaw Direct, there are a number of reasons as to why your picture may not fit your screen including viewing an SD channel on an HDTV. Learn how to adjust aspect and picture settings of your TV with these tips.

If you have a high definition (HD) receiver and an HDTV, ensure you are connected with an HDMI cable. Connecting your receiver using standard definition (SD) cable types, such as RCA or coaxial, can result in an oddly shaped picture. More about cable types here.

Reasons why picture does not fit your screen

Some of the reasons why your picture may not fit on your screen:

If you have an older SD/non-HD TV:

How to adjust picture size using the Aspect ratio button

You can use the "ASPECT" or "B" button on your Shaw Direct remote control to cycle from Normal to Stretch or Zoom the picture on your screen. 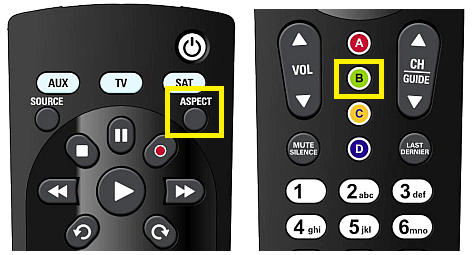 If you do not have either of these buttons on your remote, these settings can also be modified under Video Settings in your Shaw Direct receiver's Preferences. More on that subject in the next section below.

Depending if you are watching an SD program or an HD program, cycling through the Aspect ratio modes will yield the following results (HDTV example shown here): 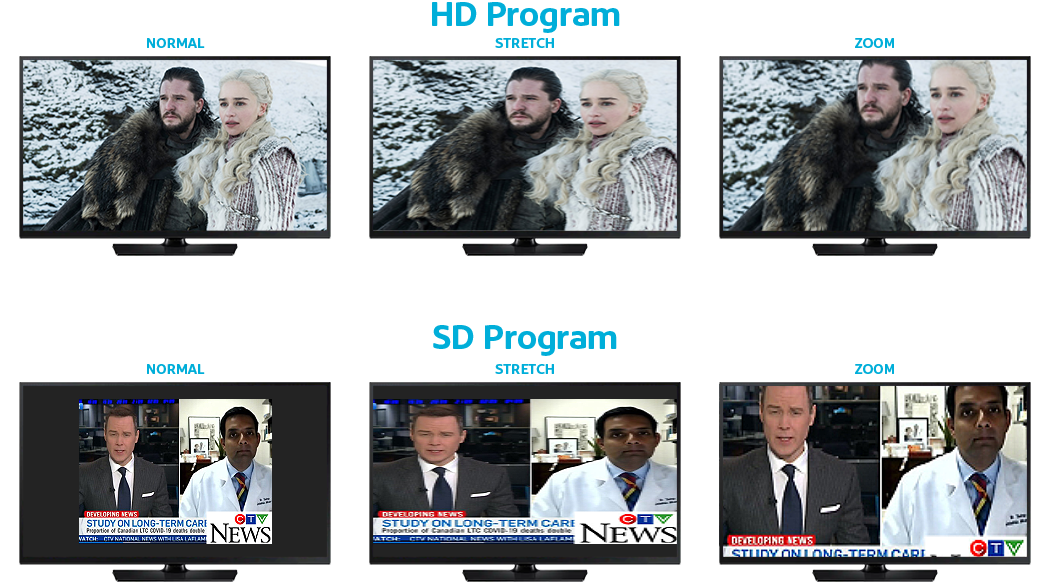 Bear in mind that most HDTVs also have different options to adjust the picture size. Please refer to your TV manual for the best viewing experience.

To adjust your picture settings through Video Settings: 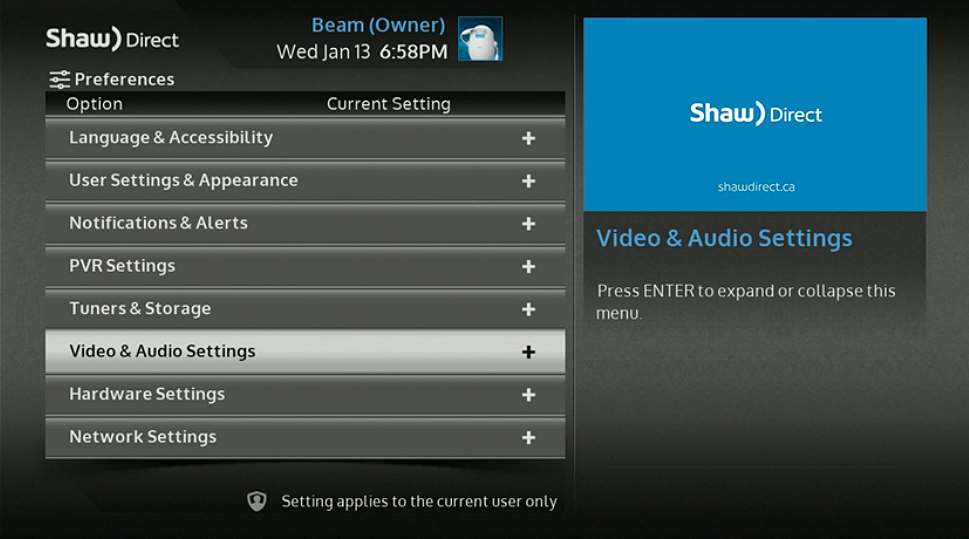 Why does the picture size change on some channels or TV programs?

Why do I get black bars on the top & bottom / all sides of the image on my TV?